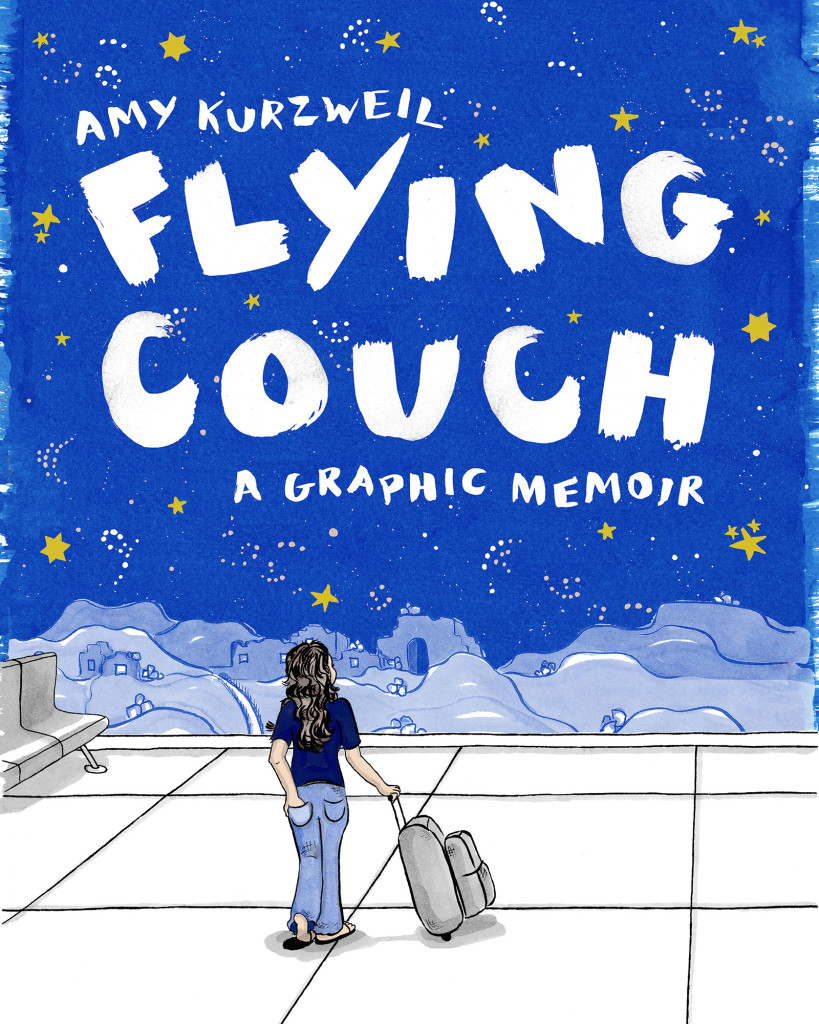 …is afloat. Buy it now from… 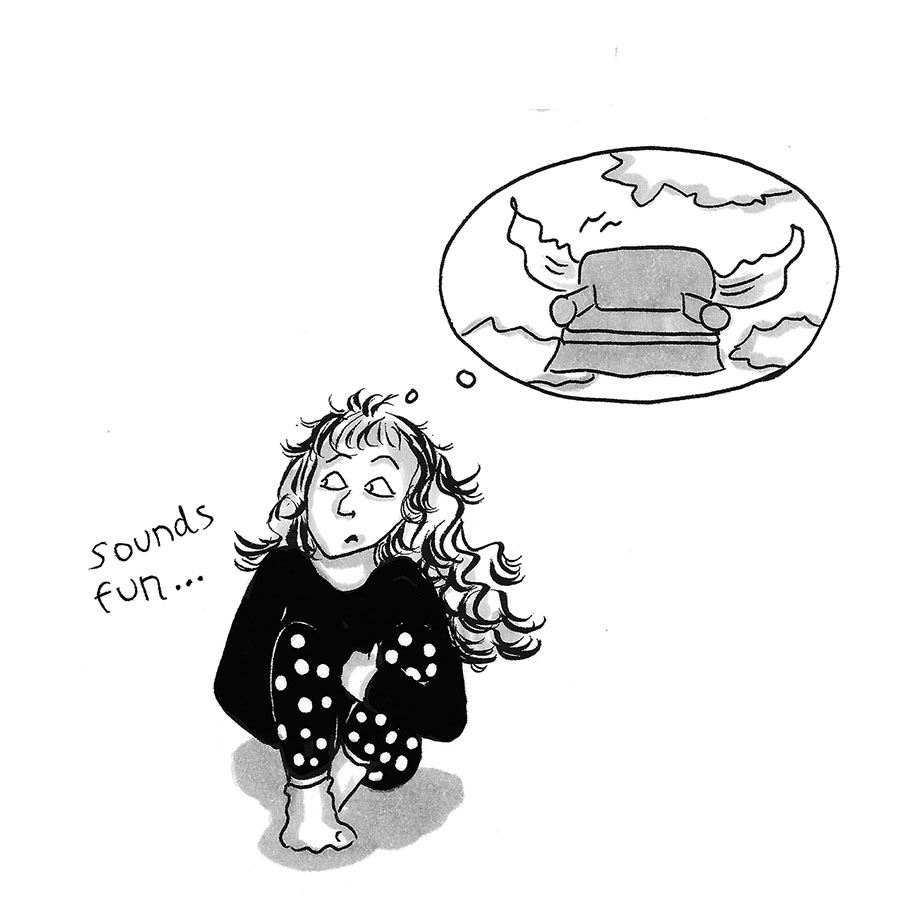 Flying Couch is the story of three generations of women: 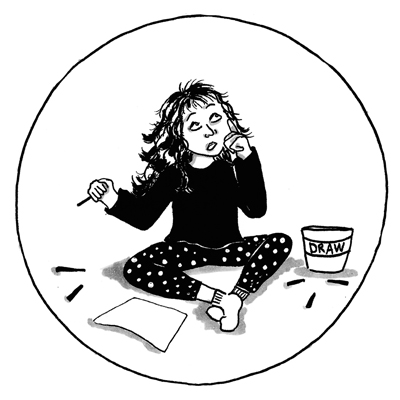 my mother (the psychologist), 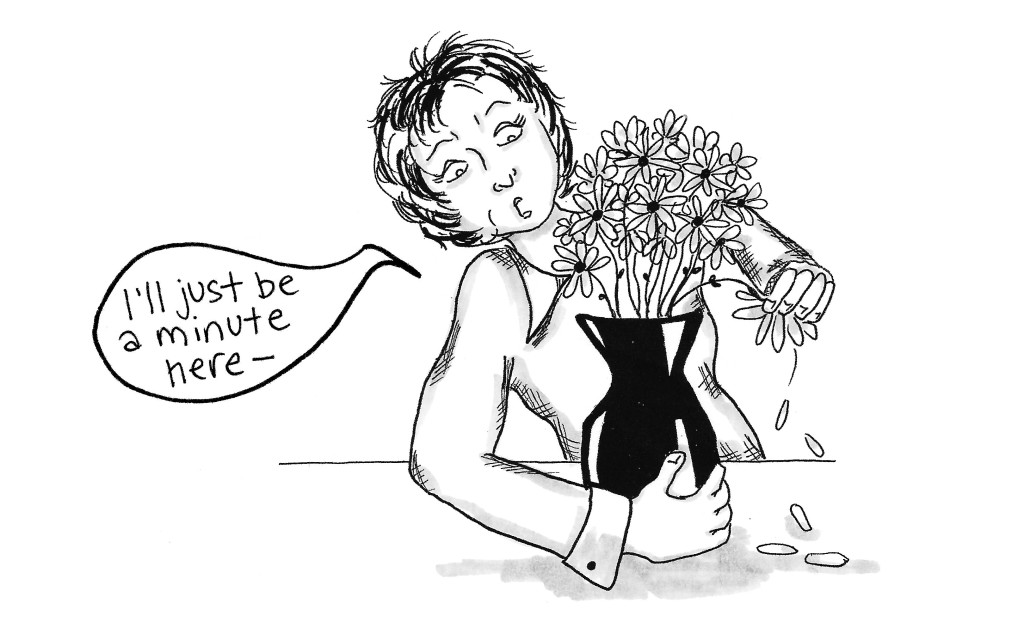 and my grandmother (the survivor) 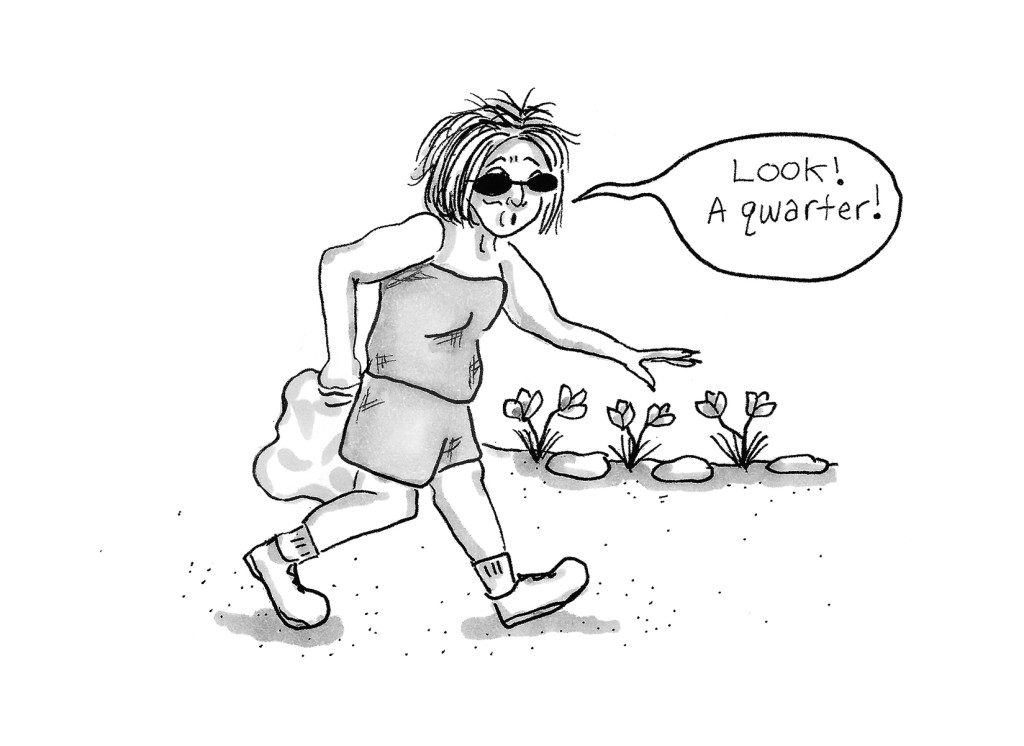 The book weaves my own coming-of-age through my grandmother’s story. At thirteen years old, Bubbe (as I call her) escaped the Warsaw Ghetto alone, by disguising herself as a gentile. My mother taught me: our memories and our families shape who we become. What does it means to be part of a family, and how does each generation bear the imprint of the past, its traumas and its gifts? Flying Couch is my answer to these questions, the documentation of my quest for identity and understanding.

The New York Times listed Flying Couch as one of “The 2016 Season’s Best New Graphic Novels.” It was also named an Editor’s Choice.

Kirkus Reviews listed Flying Couch as one of “The Best Memoirs of 2016.”

“A debut that enriches and extends the potential of graphic narrative.” —Kirkus Reviews (starred review)

“Beautiful and strong.” —Miriam Katin, author of Letting It Go

“Flying Couch is perfect. It’s perceptive, emotionally on point, surprising and funny in its details, told in an intuitive way that’s completely direct, and about something that matters. This is an important book.” —Liana Finck, author of The Bintel Brief

“I read Flying Couch in one sitting, without moving, literally laughed and literally cried.” —Rachel Fershleiser, co-editor of the New York Times bestseller Not Quite What I Was Planning

“Amy Kurzweil’s moving debut is a story of trauma and survival, and a search for identity and belonging. Fluctuating, in words and images, from the bubbly to the intense, this graphic memoir exposes the complicated and powerful ways we are shaped by the histories and relationships that anchor us.” —Tahneer Oksman, author of How Come Boys Get to Keep Their Noses?

“Kurzweil proves a sophisticated artist whose imagination is brimming with compassion as well as psychological observation and insight. Flying Couch is as profound a book on the transmission of traumatic memory through the generations as one could hope for. It is also an immensely charming coming-of-age story and family memoir whose warm humor will surely evoke recognition and delight readers across the generations…yes, even your grandmother can read it.” — Ranen Omer Sherman for the Jewish Book Council

“Kurzweil beautifully balances humor with the history of her family’s tragedy… Flying Couch is a wry and deeply moving exploration of what the Holocaust means to the descendants of survivors. Kurzweil artfully weaves her grandmother’s survivor testimony within her own coming of age story. Her obsession in understanding and immortalizing her Bubbe’s tragedy can be felt on every page.” —Freddie Moore for Lit Reactor

“While the subject recalls Art Spiegelman, Kurzweil’s tone and loose composition–her line drawings create organic page divisions in lieu of rigid paneling–is more Will Eisner. The sly details, though, are her own. Kurzweil is as candid as she is focused: this is the story of a search for meaning across three generations of women.” —Zak Nelson for Shelf Awareness

“…an engrossing, graphic new take on a rich topic…Kurzweil asks what understanding family history does to a person’s Jewish identity. Kurzweil’s style—particularly her illustrations of family portraits—is moving and evocative, and reminds us that the legacy of the Holocaust is still personal, even these seven decades later.” —Sarah Zarrow for Jewniverse

“[Kurzweil’s] tone segues from humorous to poignant, especially when talking about Bubbe. Aptly titled, Flying Couch takes readers from Massachusetts, to Michigan, to New York, to Florida, to Germany, to Poland, and even on a birthright trip to Israel… kick back and let Kurzweil spirit you away.”—Whitney Dwire for BUST Magazine.

A compelling graphic memoir such as Amy Kurzweil’s Flying Couch evokes personal and cultural memory by way of gestures, poses, angles, text written sideways, poetic fragments, and arrow-flung words imitating perception itself. Each pencil mark of Kurzweil’s reminds you that the book is handmade, and is meant to be held, pored over; Kurzweil’s graphic memoir reminds you that all books aspire to be as artful. — Hannah Baker Saltmarsh for Tikkun

“A Comics Roundtable” with Catapult.co

My Playlist for Largehearted Boy

Interview with The Yiddish Book Center’s Podcast “The Schmooze” (audio)

Interview on “Books and Beyond,” NewTV

because you made it this far down the page. 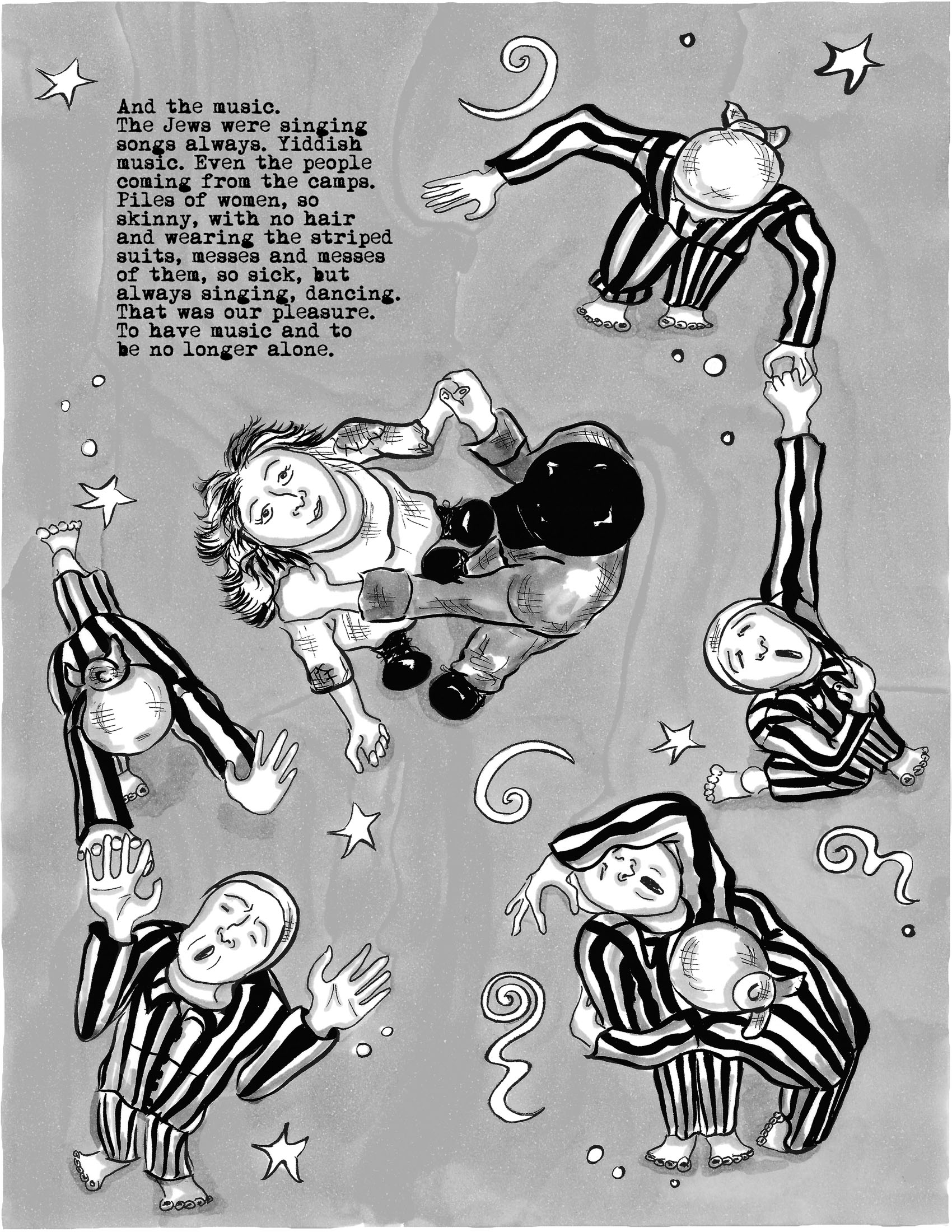